The festival is made up of two words, Raksha, to mean protection and Badhan to mean the tie or knot of protection. Raksha Badhan, also known as Brother or sister Day or Rakhi Purnima festival, celebrates the strong bond between siblings. ­This Hindu festival is an ancient observation linked with several legends and mythologies.

When is Raksha Bandhan?

Raksha Bandhan is marked according to the Hindu month of Shravana, which is between July and August. Raksha Badhan 2020 will be on 3rd August 2020.

Is Raksha Badhan a public holiday?

Raksha Badhan is not a public holiday but rather an optional festival. It is, therefore, a typical working day for employees. However, the Indian labor laws allow employees to choose a limited number of holidays from the optional holidays' list. Therefore, some people may take a day off to celebrate the holiday with their family and friends.

What is open or closed on Rakhi Badhan?

Considering that Rakhi Badhan is not a public holiday, most offices, schools, and businesses remain open throughout the day. The public transport is still in operation, and the normal timetable is likely to be used. However, you may need to contact the local transport authorities for any changes.

Things to do on Raksha Bandhan

Raksha Bandhan is a time for prayers, rituals, family gets together, and shopping. The festival starts at daybreak, and people gather for worship wearing new clothes ready for the day. Traditionally, the sisters tie a rakhi on their brothers' wrist. This is done in front of a lamp and symbolizes the emotional bond between them and renews the vows of the brother to protect his sister.

Today, it is common for the sisters to tie a bracelet made of interwoven red and gold threads and amulets on their brother's wrist while offering a prayer of prosperity and happiness. The brother then offers jewelry and money to his sister while promising him protection throughout her life. Sharing and exchange of sweets among the siblings then follow.

Bearing in mind that Raksha Bandhan is a family affair, family and friends enjoy the festivities after the ritual ceremonies are over. Raksha Bandhan is an excellent opportunity to invite all your loved ones and reflect on family memories together. You can then mark the day with Raksha Badhan songs, dance, traditional food, gifts, and sweets.

Raksha Bandhan is traceable to ancient years when there was a battle between the deities and the demons. The King of the deities was afraid that they would lose to the demons. Therefore, his wife tied a sacred thread with her religious powers on his husband's wrist to protect him from the demons. Her hopes became true as the deities defeated the demons during the war later that day. Raksha Bandhan has since been a celebration not only to celebrate sibling bonds but also the friendship between friends and neighbors. 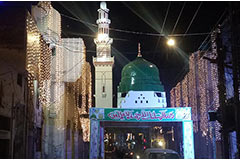 All Muslims across the world observe Milad un Nabi, also known as The Prophet's Birthday. The holiday commemorates the bi.... 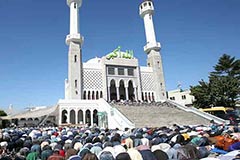 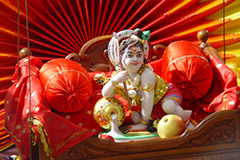 Popularly known as Krishna Janmashtami or Gokulashtami, the holiday is an annual Hindu festival that celebrates the birth....